Last year I started racing in the competitive wave of different races, and a few (including Spartan Race) as an Elite Athlete. While making the race calendar for 2018, we looked at the different Spartan Races and planned the other races around those dates. I thought about racing as an Elite athlete again, seeing that I really wanted to go to the EC and WC in 2018. But then Spartan announced that they would change their qualification process and the competition wave would be renamed ‘Age Group’, which would have an actual podium with winners medals. So, what to do?

I started doubting what to do. If I would look up my results and compare these with the age group ones in 2017, my ranking would have been better for all those races I ran Elite. I would have been a Top 10 finisher at least, and I could have taken a few podium spots too. Hell, in Windsor I would have been 1st! So, maybe I should take a step back? See how I would do in the age group? But, wouldn’t that be a big step back? From being an Elite Athlete European Championships competitor and World Championships qualifier to and Age Group runner? This was something that really caught my mind. What would I do? What was a smart choice? There were pros and cons for either category. I couldn’t ask anyone else, this was something I had to decide for myself.

But that was when I started thinking about what would be a realistic goal? I mean: I have to recover from a wrist surgery in the first couple of months. If I was going to stay and run Elite at every single event, what would be the chance that I could end up at the podium? Less than when I would go for Age Group. Let’s be honest, everybody would dream of getting on a podium and being rewarded with a bronze, silver or gold medal. So why not try my luck in age group? It’s not taking a step back, but it’s creating a realistic goal for myself. First proof myself in age group, after that I can always return to the Elite wave. Sometimes sports are just about making the right decisions for oneself. Racing in the Age Group wave is the right decision for me at this moment.

So, the races that I am going to run as a competition, you will be seeing me in the Age Group starting wave. Let’s see if I can bring home some bling. 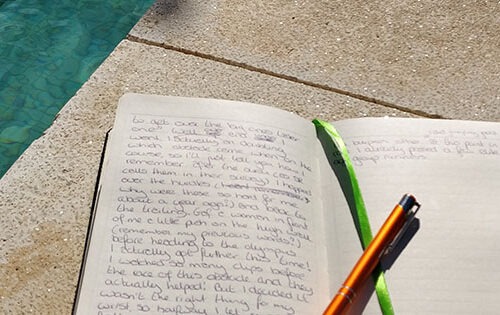 I took a leap of faith... Garmin Coach is back o

A miracle has happened Months went by, without a

Didn't do a WOD in forever. Decided to do one toda

Had a little reminder today. Talking about swimmin

Yes 🎉 On my way to the @spartanracenl WOT 🔥

Throwback photo 😁 @hanno_ocr had way too much f

🙃 Thought I posted this yesterday 😅 Guess I