A thing I hear a lot when I try to explain what I do for sports is ‘What, you’re a mud runner?’ Just the other day, at work, it happened to me again. A colleague asked me what I did for sports that I went abroad so much. Her reaction was ‘Okay, I didn’t expect you to be a mud runner’. Well, guess what her reaction was when I told her I even run competitive and have run in championships.

I often get told, disguised as a question, that ‘mud runs are hard’. They don’t tell me directly but I know what they mean. Mud runs are hard and you are a woman. How is it possible for you to do this? Because somehow it’s harder for a woman to get over a wall, to conquer monkey bars (but you often have to explain what monkey bars are) and to carry heavy stuff.

Well, no. It’s not harder. That’s why I train. I train, watch people and try to learn from them. Women like Rea Kolbl, Fay Stenning, and Lindsay Webster. These women are amazing. If somebody questions if OCR is something a woman should do, I’ll tell them about that time that Rea came in first overall. That meant she was faster than all the Elite females ánd men. So yes, women can do OCR. Women can be badass. And so can you!

I know that those women I mentioned earlier race professional, but even women who just want to have fun at a race can do it. Because you can do more than you think. Getting over a wall is difficult, at first. But just keep trying, and looking at others, to get over that wall. Because that feeling that you get, when you can nail an obstacle for the first time without help, it’s priceless. You don’t need somebody else to help you, even when they think you need help. 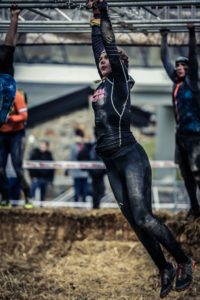 The first time I did a race, I ended up failing so many obstacles. Not because I’m a woman, but because I didn’t knew what to do. At my first Spartan Race I couldn’t get over the wall to get into the starting line. A wall I now call easy took me so much strength and time that first run. I felt a little bit embarrassed. This was the start, what would people think? I didn’t fit there. But I didn’t let it stop me. No, I went to a practice area with a friend of mine and that’s what we did. We practiced until I was able to get over the wall smoothly. And then we tried a higher wall, and another technique. So the next time I wouldn’t have to think about what to do, but I just got over it. My first time at the monkey bars I couldn’t even get to the second bar. But slowly I got further and further. I remember finishing the monkey bars at Strong Viking for the first time. No matter what happened after that, my race was already amazing. I could break my leg, and still be happy. So I went and tried different techniques and now I even got the courage to do the flying monkey bars.

What I’m trying to say is: If you want to do an OCR, just do it. It will change your life and it will make you feel amazing. What, you’re mud runner? Hell yeah!

Why you should volunteer at a Spartan Race 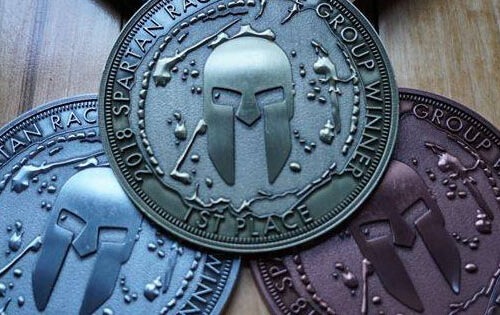 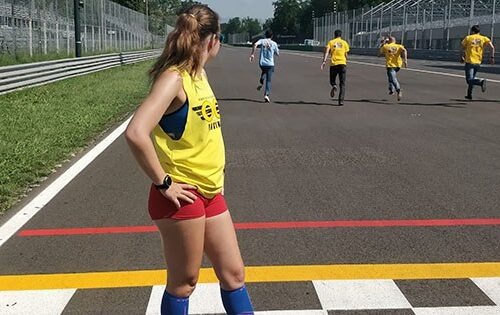 I'm missing taking my brick for a walk with a panc

With a WOT in our backyard, I couldn't not go! So

Watching F1 made me nostalgic to the times I could

Always great when you get some awesome throwback p

Hot damn. Decided to do an old workout from @perfo

Now races are being canceled left and right (to no

Smile, 'cause happy looks good on you 📸 @itsab

"What hurts today makes you stronger tomorrow" We